​
A GEM IN OUR MIDST Just a few steps from the bustling traffic of Northern Boulevard, the Alley Pond Environmental Center (APEC) is a gem of the natural world in the middle of northeastern Queens. APEC is situated within Alley Pond Park, where over 635 acres of forests, meadows, ponds, and fresh and salt water marshes are home to more than 300 species of birds and other wildlife. Our center hugs the shore of Little Neck Bay. Visitors young and old can walk our wetland and forest trails, observe the animals and plants, listen to the quiet, enjoy the changing seasons, and understand our essential connection to wild nature, even in this busiest of cities. 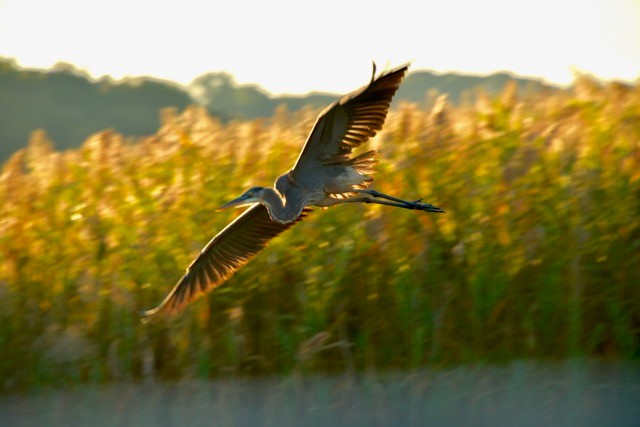 A TWIN MISSION OF RESTORATION AND EDUCATION The Center was not always the protected natural environment that it is today. In previous decades, wetlands were considered to be wastelands. Many were filled in to make way for road construction, farming, flood control and many other activities. The acres of salt marsh where APEC is now located became dumping grounds for debris from the construction of the Cross Island Parkway in the 1930s and the Long Island Expressway in the 1950s. Into the early 1970s, this neglected area remained in horrific condition, subjected to a constant bombardment of dumping.
But by the early 1970s, a new understanding of the importance of wetlands was developing. Wetlands were recognized as valuable areas that provide important ecological functions.
A group of determined educators and activists, led by Douglaston residents Hy and Joan Rosner, envisioned the damaged landscape bordering the Cross Island Parkway as a wildlife refuge and living lab for environmental education. As a result of grassroots organizing and a partnership with the New York City Department of Parks and Recreation, the Alley Pond Environmental Center was established within Alley Pond Park in 1972. In 1974, the Parks Department created the Wetlands Reclamation Project and began rehabilitating the natural wetlands of the park.
In 1976, APEC moved to its present location in the park, on Northern Boulevard, into a building that was formerly used as a furniture store.
The landscape was still in terrible shape. The tremendous efforts of the founders to clean up, set up and make the Center operational, with much volunteer help by community activists and support by the Parks Department, was rewarded in 1979 when APEC was designated a National Environmental Study Area. 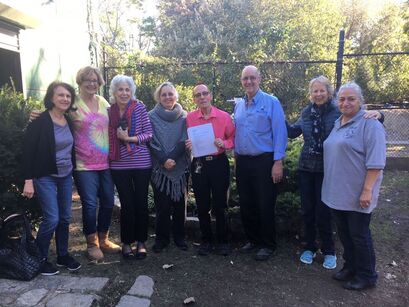 A COMMUNITY AND REGIONAL RESOURCE
The spirit and dedication of APEC’s supporters through the years have seen us grow as a beloved community resource and regional education center. Outdoors, our center now sustains an apiary, outdoor classroom, and the Douglaston Windmill. Indoors, our education building houses classrooms and the center’s collection of live animals. Each has added a new dimension to our programs and new partners in our work.
In the years since Hy and Joan Rosner and others dedicated environmental educators first envisioned the Alley Pond Environmental Center, our programming has grown by leaps and bounds. From a few classes each week in a small, stone park building, APEC now hosts over 60,000 visitors each year. School programs serve students from the five boroughs of New York City as well as Nassau and Suffolk counties. Public programs are available for visitors of all ages, from 18 months to seniors.
The environmental center is located in Alley Pond Park, surrounded by lush nature trails where visitors can enjoy NYC's natural landscapes. Guests are welcome to attend one of APEC's many nature oriented programs for all ages and visit the center's animal ambassadors. Please explore our website to learn more and register for programs.
Follow our journey on social media: